FROM THE BUSH
Supporting disadvantaged aboriginaL youths from the bush 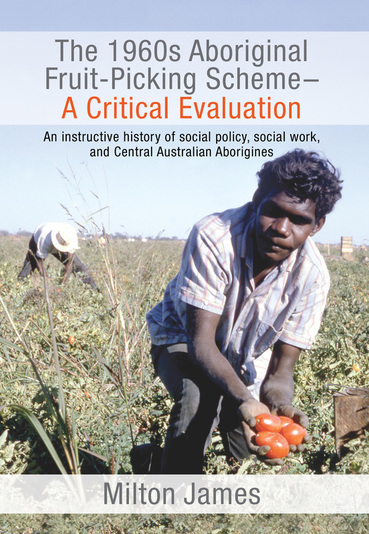 This is a must read book about a historical event that challenges the way in which past and present Central Australian Aborigines have been portrayed in regards to their willingness and ability to leave home and country for work in far away places.

​The first time I heard about the 1960s Aboriginal Fruit-Picking Scheme was in November 2006. I was being interviewed by Victorian ABC rural radio about my own Indigenous fruit-picking scheme that began in 2005. An elderly gentleman from Shepparton rang through to say that he recalls something very similar to my scheme taking place in the 1960s when Aborigines from the Northern Territory had come down to Shepparton to pick pears. I was a bit perplexed by what he had said. I also sent a group of young people from Cape York communities to pick pears in Shepparton, but I had never heard anything about any earlier scheme.

Eight months later, I was sitting in Bob Welsh’s office telling him this story. Bob is an elderly man who was the coordinator of the Aurukun Justice Group. As I was telling Bob this story his face lit up and with a bit of a smile he said, “I know all about this. I was one of the people who took them down.” I couldn’t believe it. Not only had he confirmed the story, but of all the people in the country to tell this story to, here I was telling it to the very man that was the supervisor of this earlier Shepparton group. In my search for the details of this almost forgotten history, I would experience a number of these incredible coincidences.
My fruit-picking scheme had been operating for over a year, and I was now being told by Bob that I was not blazing a trail, and that I was following in the footsteps of men who had been down this road over 45 years earlier. Very few people alive today know about the 1960s Aboriginal Fruit-Picking Scheme, and I was to learn that even Bob never knew the full story—and what a mighty story it is when told in its entirety.

The scheme began in 1965 and continued on up until 1973 with a number of groups going down every year. The size of these groups ranged from 6 to 274 men. Some groups included women and infants; other groups were exclusively for women.

This is a story that would be of interest to all those Australians wanting to know how the problems in remote Aboriginal communities began, and to know that it did not have to be this way. It has taken me many years and thousands of kilometers to research this history, and there was probably no better person suited to the task. I am a social worker with intimate knowledge of these remote Aboriginal communities and the southern horticultural industry. By way of coincidence, I was to learn that the man who visited my old fruit-block in Waikerie in South Australia, back in 1977, and introduced me to social work, had been a supervisor of one of these fruit-picking groups. It also turned out that many of the young people involved in my scheme are the grandchildren, nieces, and nephews of those that participated in this earlier fruit-picking scheme. 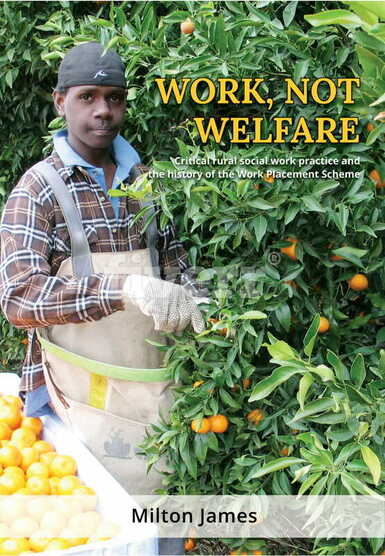 One of Australia's leading anthropologists, Peter Sutton, wrote in his book, The Politics of Suffering - Indigenous Australians and the End of the Liberal Consensus:

In the 2000s the media gave good-new exposure to young men from Cape York who went fruit picking on the Murray River as part of a Noel Pearson scheme to get them orbiting between the ghettos and the real economy. It was fresh news. It had also been done befre in the 1960s ... And whoever followed up these experiments to see where they led?

Presented here is the history of the highly successful project named the Work Placement Scheme. Whilst Noel Pearson got the credit for it, the scheme was actually the brainchild of Milton James, a professional social work practitioner with over thirty years of experience. The scheme was established to help some of the most disadvantaged Indigenous youths living in remote welfare ghettos who were not responding to standard approaches. As the name suggests, the scheme is premised on the fervent belief that the best way to help these young people is to get them off welfare and into real employment.

Recording this history takes the form of developmental notes. Readers will be given a front row seat to the ups and downs of the project as it unfolded, and experience what it can be like working with some of the most disadvantaged youths in this country and with one of the toughest and ugliest of industries - the Aboriginal welfare-training industry.