FROM THE BUSH
Supporting disadvantaged aboriginaL youths from the bush

About From The Bush

From The Bush Projects (aka Boys from the Bush Projects) is a not-for-profit organisation comprised of employees and volunteers who are committed to addressing systemic disadvantage faced by Indigenous Australian youths. To make a donation, please see the details below. 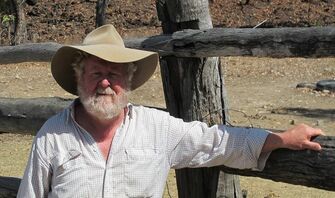 Milton James - President & Founder of From the Bush Projects
Milton grew up in rural South Australia, the son of a Signalman who was proud of his working class heritage. Milton's working life began in the mining industry, followed by qualification and considerable experience in the agricultural and horticultural industry. In 1978, he travelled to India to work as a volunteer on a remote community development project in the poorest villages in the poorest state of India. This experience stirred him into studying social work and he began developing his career in rural South Australia and Victoria, with a particular passion for working with disadvantaged rural and remote youths. In 1996, having just completed further studies in social work and working in Canberra, a visiting Aboriginal friend and mentor, the late Molly Dyer from Horsham in Victoria, noting his despondent state of mind said to him; "Milton, this is no place for you. You don't belong here. You belong on the frontier." No sooner were these words spoken, Milton and his family left to work in the Torres Strait. Some years later, it occurred to Milton that he had overshot the real frontier - remote area social work where young Indigenous people are truly deprived and where conventional forms of intervention had never operated successfully. 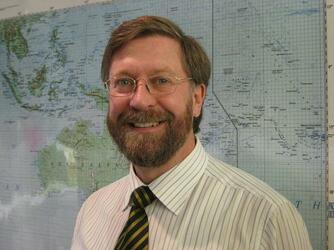 Scott Milne - Vice-President
Scott Milne and Milton grew up in the country town of Loxton in South Australia. They both worked with troubled youths and disadvantaged groups in a variety of contexts. They undertook their social work degrees together at Charles Sturt University and, after completing their qualifications, both worked in Canberra for the ACT Government in the child protection field. Scott, over the years, has developed a keen interest in Indigenous affairs and has been active in the Indigenous reconciliation space, particularly through setting up reconciliation forums and workshops. Scott was preciously the President of the ACT chapter and on the Ethics Committee of the Australian Association of Social Workers. This work, combined with his diverse and extensive public service experience, equips him with the necessary skills to understand and navigate public organisational and professional ethics. Scott currently works as CEO Australasia for a local to global consultancy. 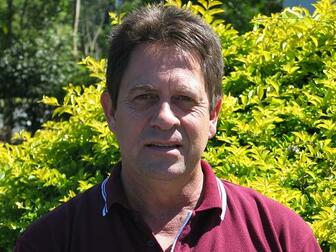 Neil Mayo - Secretary
​My name is Neil Mayo, I am a decedent of the Waanyi Clan, on the border of Camooweal Queensland, and the Northern Territory border, this is on my fathers side. Most of the Waanyi are  strongly connected to the Lake Nash station, and have other clan connections to the Tennant Creek geographical surrounds. My Father also has a Pitta-Pitta clan connection, and this group of people are spread throughout the Mt Isa , Djarrah region. My mother is a Kalkadoon (Kalkadunga) decedent,  mainly form the Mt Isa, Cloncurry region. I grew up in Mt Isa, however I was part of the “Stolen Generation”, who were placed at Palm Island and or Townsville. My siblings and cousins were placed at Holding Centres (which later became known as Carrama). All of my siblings and myself, were placed under the act, and inducted into the Assimilation Policies, of the day. In 1967, when Aboriginals were recognised as citizens in our own country, my father accessed Legal Aid, and had all of my siblings plus myself resettled back in Mt Isa.
Due to the historical links to Mt Isa, I left as soon as I completed grade 11. I applied as a student at Adelaide University to do law and was accepted. I left Mt Isa and enrolled after 6 months at uni. I didn’t like law, and applied to do the Social Welfare course. I applied for a cadet-ship with Family Services at Port Adelaide, and I had to do 2 years of study (full-time) and 2 x 6 months placements, which required me to produce a  Community Project which allowed the youth to have access to welfare services. After the 2 x 6 months placements, I applied for funding ($400.000) to lease and set up an old church , organised a network of welfare agencies, police, community development officers and youth workers. The place was called the Port Adelaide youth drop in center. It was very successful and this youth drop in center became a referral point for the courts and parole - one on my most successful Community Development Projects.

I have 5 children, and I live in Cairns, I currently work at Yarrabah, as a Personal Coach with the only Job Network Agency in the area. 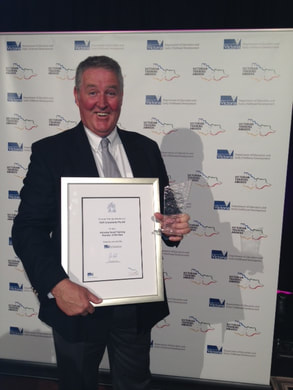 Michael Grogan - Member
Michael holds many meat processing accreditations as well as being registered with the Quality Society of Australasia as a Lead Food Safety Auditor in Livestock and Slaughtering / Boning Streams as well as Auditor Status in Quality Systems. He still provides Aus-Meat Auditing services to a large abattoir in Queensland. Michael has had extensive international meat industry experience in Jordan, Egypt, Korea, Japan, South Africa, Namibia, Samoa and Papua New Guinea. Michael is the Director of FGM Consultants and is also one of the Principles of Food Safety Operations who deliver Nationally Accredited Training to the Australian Food, Meat & Hospitality Industries. Over the past 16 years they have trained in excess of 5000 people across many states within Australia. His company, FGM Consultants, was the Winner of the 2013 Meat Industry Training Provider of the Year awarded by MINTRAC and was again a Finalist in the Victorian Government Training Awards in 2013. Michael also runs a small cattle property. 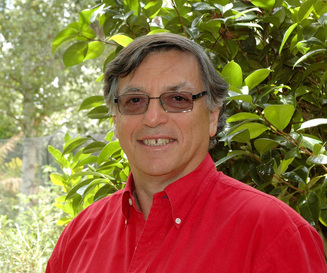 Steve Rothfield - Member
Steve is deeply committed to working in partnership with Indigenous leaders and has been personally involved in over 30 projects in Indigenous communities over the last 10 years in Victoria and Queensland.  He currently sits on the Boards of the First Nations Foundation, the Australian Communities Foundation, the Australian Women Donors Network, and the Dungala Kaiela Foundation. He has previously been a Director of Jawun, Dancehouse and a private investment company. Prior to that he was the joint managing director of the Bryant and May Group, which marketed and distributed branded consumer packaged goods, such as Redheads matches and Wilkinson Sword shaving products, in Australia and New Zealand. Previously Steve was the general manager of an national office products chain and held roles in management consulting, information technology and merchant banking.